Your thighs are burning and sweat is glued to the back of your neck, but the icy wind has frozen your fingertips and toes. Then you peer into the darkness and distinguish the shapes of barefoot pilgrims resolutely plodding up the concrete steps behind you. And you realize that if sari-clad grandmas can climb this mountain, then you’ve got this.

The 5’ 11”-long rock indentation on the summit of Adam’s Peak is said to be the super-sized footprint left either by Buddha, Shiva, or Adam. As such, thousands of Sri Lankan pilgrims endeavor to see it once in their lifetime. A large number of these pilgrims choose to make the ascent in the dark. Sure, scaling a mountain at night may sound somewhat nutty, but there are two sensible reasons for it. One is if you set out at 2 a.m., you avoid the daytime sun (the temperature can reach 95°F). The second reason is it ensures you have the best seat in the house to watch the incredible sunrise over Hill Country. 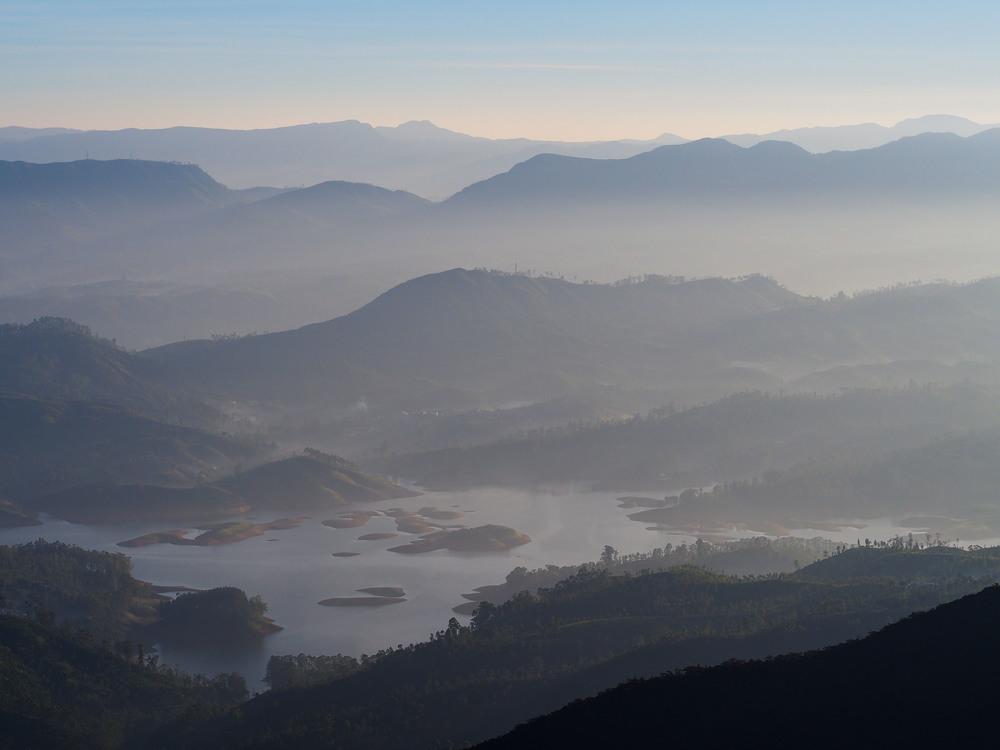 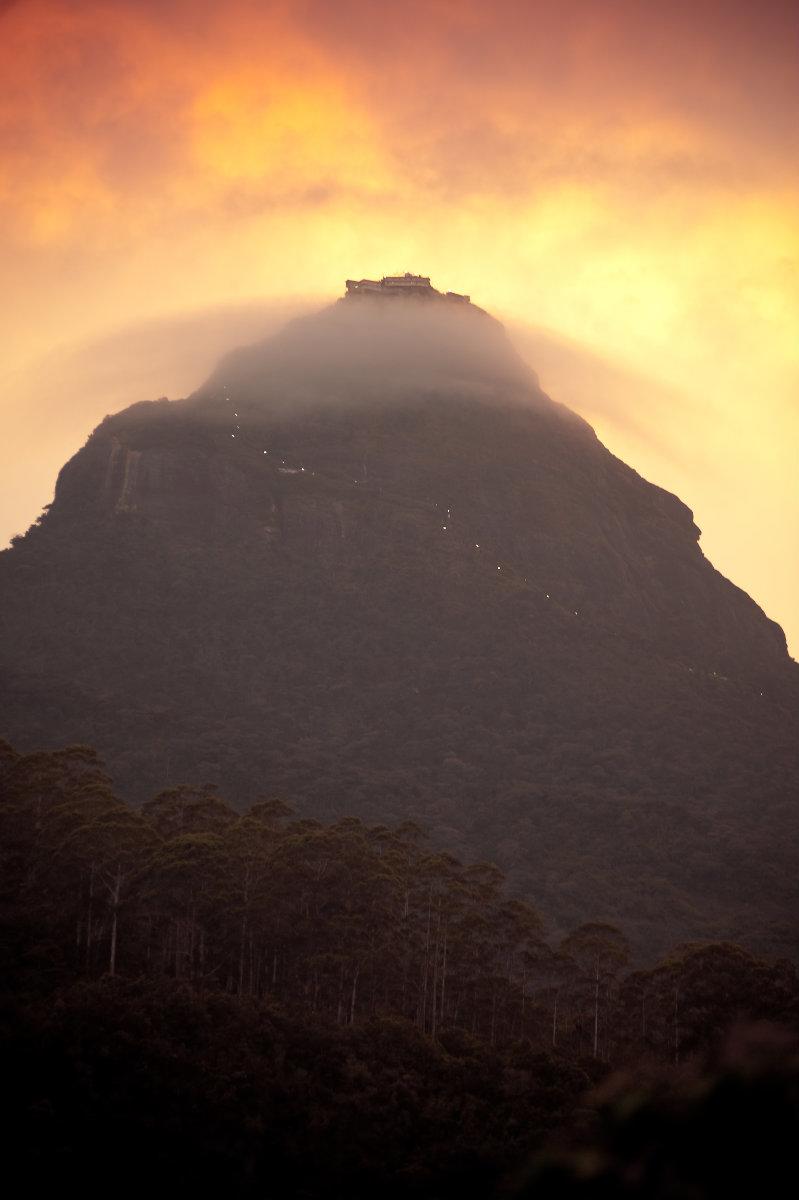 There are several routes to choose from, but the most common entry-point is a 7-kilometer route from Dalhousie which takes an average of 3-4 hours each way. While it’s a challenging trail, no technical climbing is involved, just a seemingly-endless number of concrete steps to trudge up. You’ll pass septuagenarians climbing in flip-flops, and even barefoot pilgrims forgoing shoes as a gesture of purity and sacrifice. But sports shoes are fine for tourists.

Climbing in the Dark 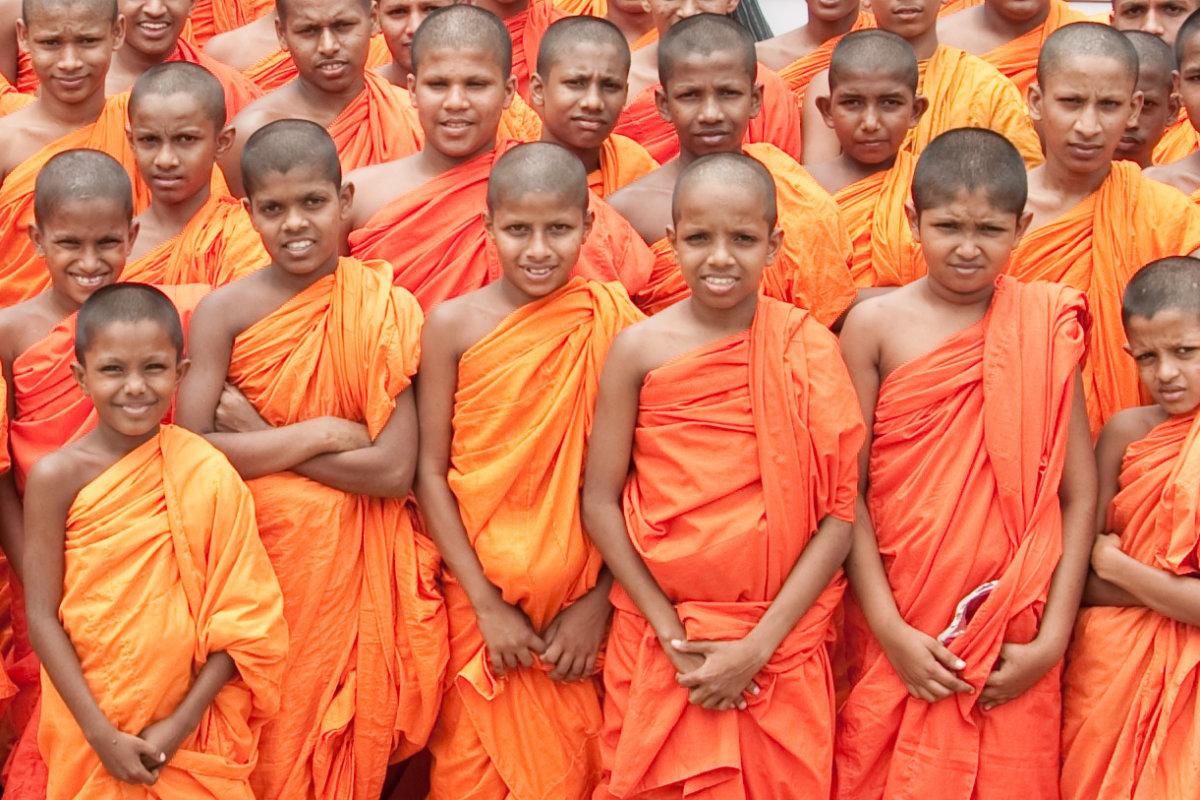 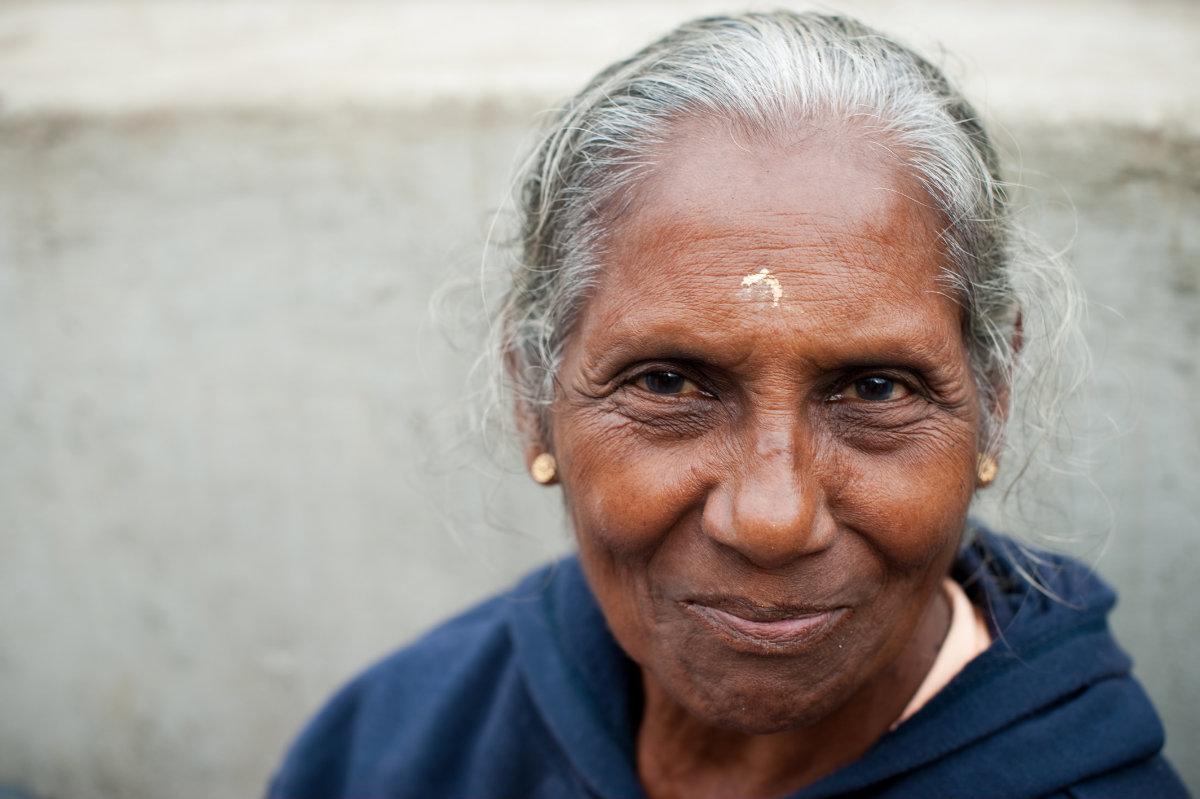 INSIDER TIPBring food. The only nourishment you can buy on the mountainside (apart from tea from local plantations, chickpea snacks and candy) is roti (flatbread) flavored with coconut and served with a side of “dynamite” (chili and onion paste).

Pilgrimage season runs from December-May, and travelers are welcome to climb Adam’s Peak alongside the pilgrims. The routes are only illuminated during those 6 months. This interpretation of “illuminated” means the occasional fluorescent tube light is suspended over the route like a wilting lily, providing a dim patch of light in the blackness of the cloud forest. But it’s OK because “leopard sightings are rare.” You might want to repeat that to yourself whilst passing through the quiet spots. There’s also some glare cast by snack stalls and souvenir stands selling gaudy icons and beanies. These create a ghostly chain of lights winding up the mountainside like a broken cobweb. A flashlight will help you navigate without breaking too many toes.

At the rest stops on the plateaus you can mingle with grandmas who may feel inclined to offer you kevum (oil cakes) while you both bond over leg pain. You’ll never look at a Stairmaster the same way again. But you will have a new insight into the levels of dedication many Sri Lankans have for their religion whether they are the 70 percent Buddhist majority or some of the 12 percent Hindus, 9 percent Muslims or 7percent Christians.

Don’t panic when you get to the plateau at Indikatupana; it hasn’t been colonized by giant spiders. The millions of white threads snaking across the trees have been left by Buddhist pilgrims to mark the spot where Buddha is said to have paused to mend his robe. There are also reclining Buddhas and other ancient monuments along the way. 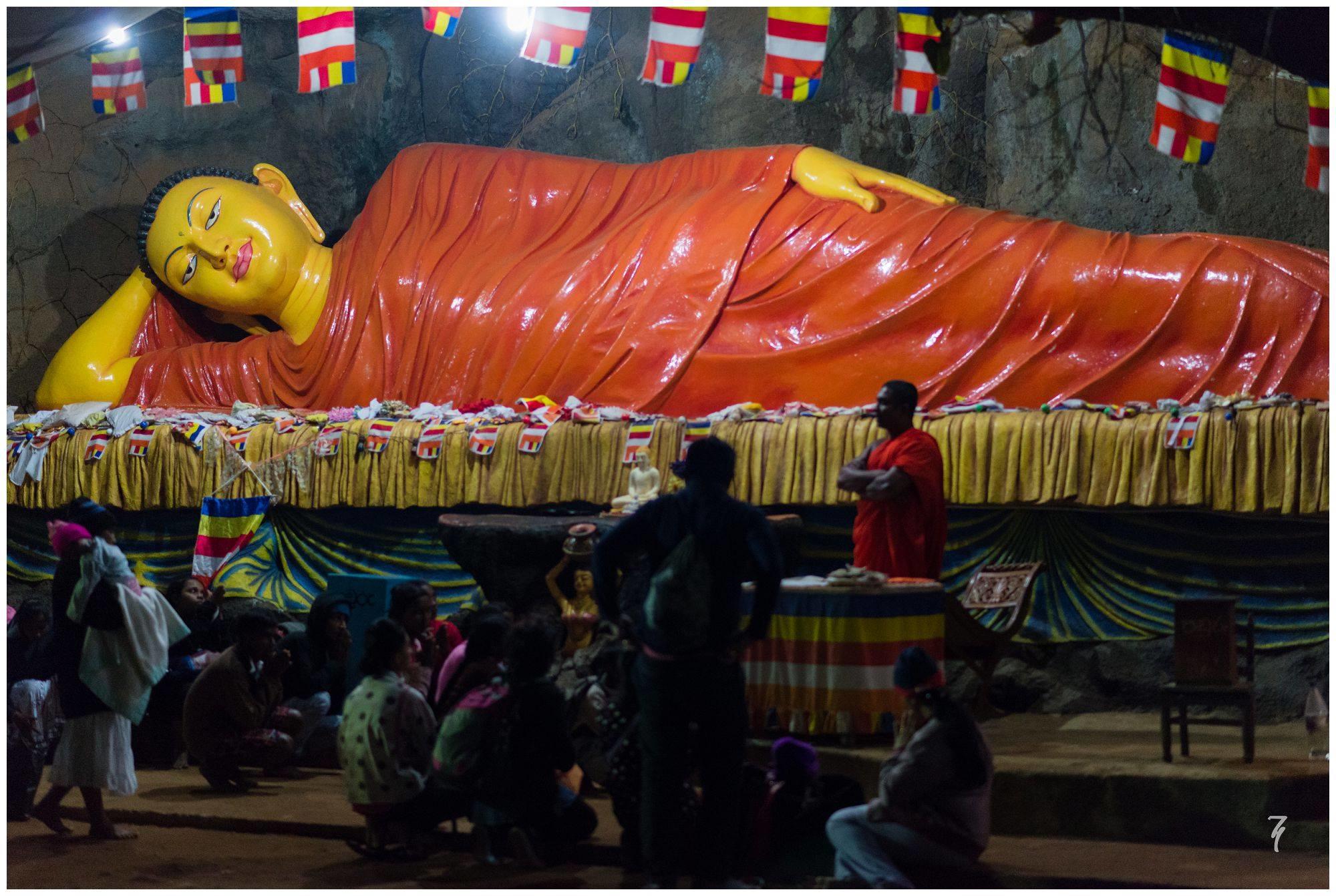 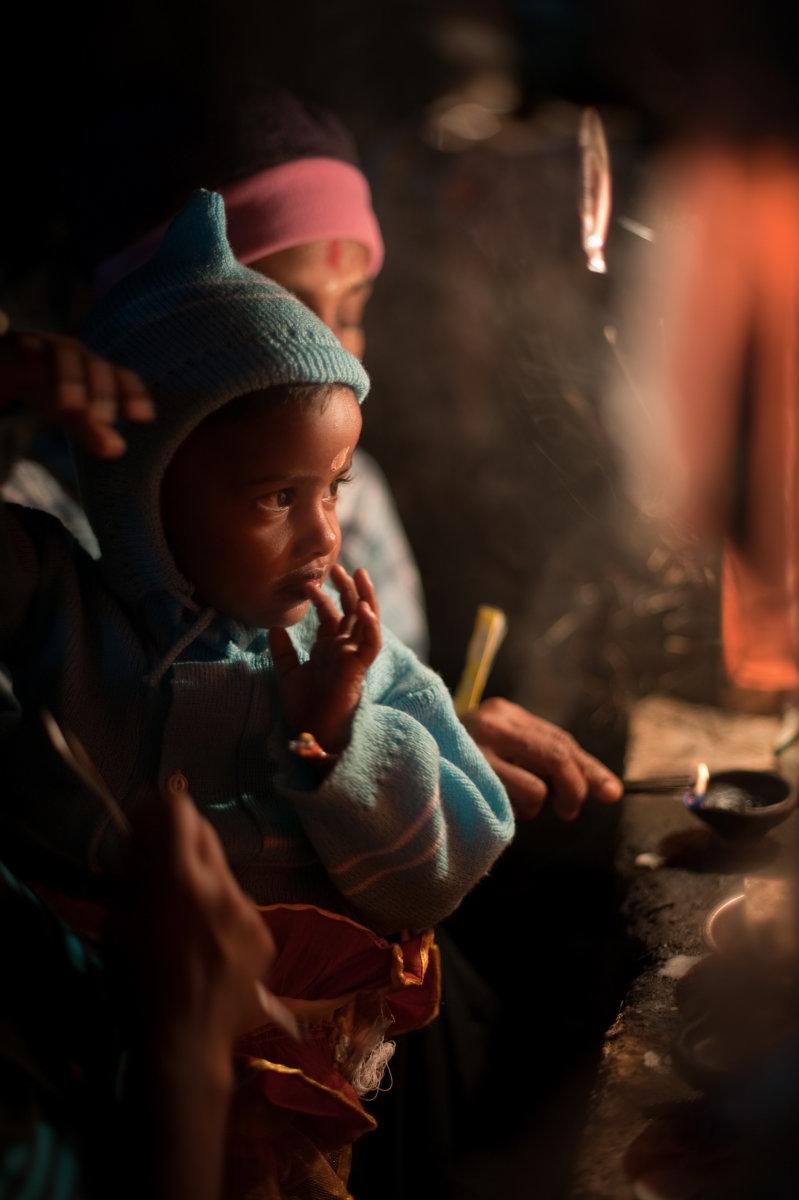 INSIDER TIPBathrooms are located every 20 minutes along the tracks. They don’t seem to ever get cleaned, so take your own toilet tissue, and take a deep breath.

During weekends, Poya Days (full moon) and Sri Lankan New Year, you’ll have to stand in line for hours to climb the vertical concrete ladders that constitute the final section of the route. The concrete buildings at the summit are adorned with Sri Lankan flags flapping in the wind, and the bodies of thousands of dead moths that ditch themselves there in a mysterious migratory pattern.

The famous footprint itself is housed adjacent to a prayer bell, which is suspended beneath two prostrated stone elephants. When you triumphantly ring the bell to celebrate reaching the summit, the chimes mingle with the pilgrims’ trumpets and drums. And as the rising sun exposes gaping valleys, ink-splotch lakes, foaming waterfalls, and the glorious pyramid shadow cast by the peak pans across the plain, it dawns on you that you now have to climb 5,500 steps to get back down again.

Visit the Historic Places Where John Lewis Made Good Trouble

Get a Taste for These Great American Food-Themed Attractions

10 Best Temples and Ruins in Laos

Send To A Friend